JUNE 1989: Jeffrey and I have been together for less than six months. During this time I’ve been given an unexpected crash course in the frenetic and unpredictable lifestyle of a photojournalist, and what it’s like to live through the lens.

You may remember that 1989 is the year seismic political events begin shaking governments and cultures all around the world.

In April Jeffrey navigates Rangoon’s tension-filled streets during martial law, and photographs Burma’s Nobel Peace Prize-winning democracy leader, Aung San Suu Kyi, when she’s first placed under house arrest. This project is a good indicator of what is to come in this life that Jeffrey and I are now happily sharing (if you missed this story, you can read the details in my two earlier posts):

Soon after Burma, in May and early June, Jeffrey spends multiple weeks in Beijing documenting China’s Democracy Movement in Tiananmen Square, capturing the passion and energy of China’s youth and its demands for change. 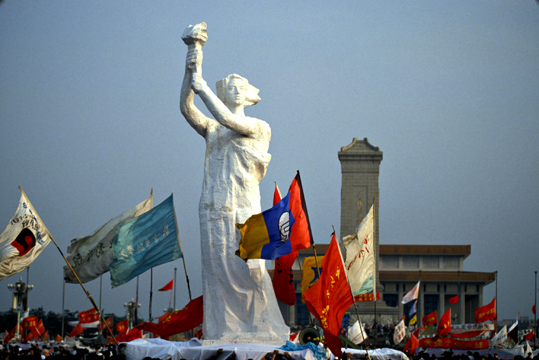 It’s an exhilarating and surreal time for me as I watch the evening news every night to see what is unfolding in Tiananmen Square, knowing Jeffrey is there at the front line of history.

I see hunger strikers and workers marching with outrageously bold placards, then witness the “Goddess of Democracy” being erected as a symbol of hope and freedom for the movement. With each new development, threats escalate from the Chinese government. Soon fiery warnings are blasted about the severe consequences protesters will face if they do not end the demonstration and leave the square.

Jeffrey is in a simmering pot of politics, power and impatience, and my jaw grows tighter each day knowing that it’s getting closer to bubbling over–especially in a country in which freedom has never been a priority and brutality has often been a solution. At that moment, the Democracy Movement is no longer just a surreal event half way around the world for me; it is palpably real. 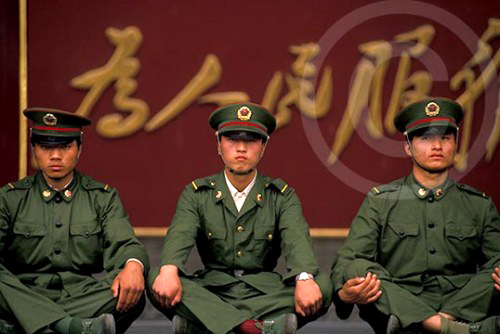 It’s then I realize I need to focus on my “own thing” while Jeffrey is gone, otherwise my twenty-three year old dark brown hair will soon be turning white. While Jeffrey is in Tiananmen Square, I spend hours out on the road cycling, distracting myself with Aspen’s intoxicating landscape, centering my attention on simply turning the cranks of my pedals and getting enough oxygen into my lungs, rather than worrying about whether the Chinese government will follow through with its threats. I also immerse myself in work and all the other things I love like reading, painting and writing. I still stay glued to the TV and scour every newspaper, but I realize I have no control over Jeffrey’s safety so I trust in his scrappy ability to navigate through upheaval and create images, while staying out of harm’s way. 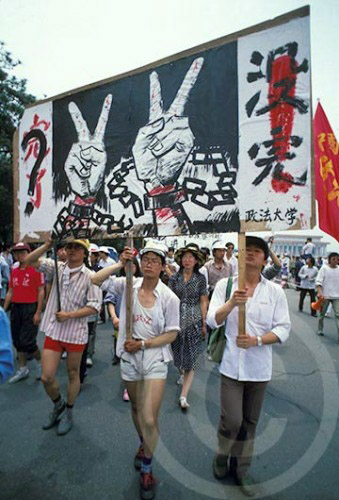 I also can’t help but feel empathy for Jeffrey’s parents. Right before Jeffrey leaves for Beijing, I overhear one of the most endearing phone conversations I can ever remember. “You can’t forbid me to go,” Jeffrey says to his dad as gently as he can, a sweet, appreciative smile crossing his face. “You’ll just have to trust that I’ll be okay. Really. Don’t worry. I’ll be fine,” he says as tries to ease the concerns he hears on the other end of the line.

His dad’s fear says everything about the love his parents hold for Jeffrey, and immediately makes me understand who Jeffrey is from the ground up.

That same trepidation also makes me think about all the other journalists in the world, and all the spouses, families and friends in the wings supporting what each is doing…and most likely worrying–particularly those going into war zones. I’m thankful Jeffrey has not chosen that path. 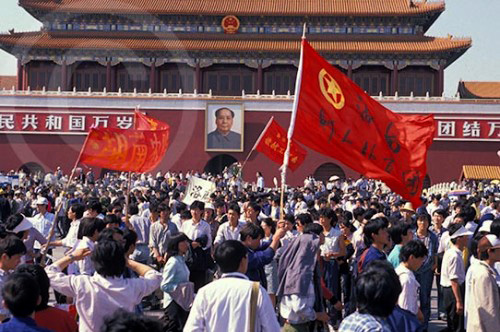 After nearly six weeks of peaceful demonstrations, the worst happens: China’s Democracy Movement tragically ends in bloodshed. On June 4th, the Chinese government orders the People’s Liberation Army to quash the movement and end all challenges to its power. Thousands of unarmed people are murdered, mowed down by bullets and tanks, and many more are injured as the PLA clears the square. 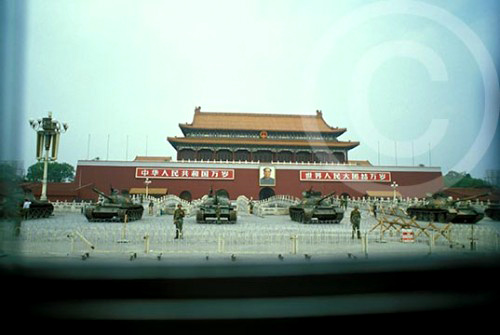 Thankfully, Jeffrey is not one of them.

In a later post I will share the story of how, in an unusual twist of circumstances, Jeffrey sidesteps the June 4th massacre. I’m a firm believer that most things in life happen for a reason. This is no exception.

16 thoughts on “My Crash Course in Living Through the Lens”